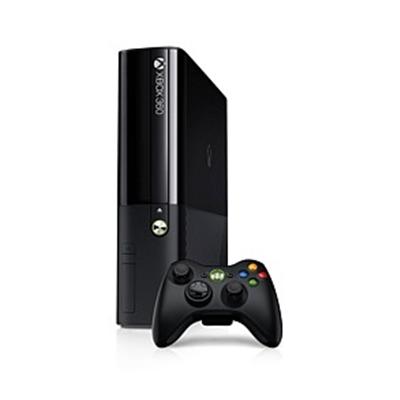 *Prices shown are based on weekly rates over a 24 months term.
*Product images are for illustrative purposes only.

With the largest library of games, Xbox 360 has something for everyone. Enjoy unrivaled multiplayer games online with friends, and watch HD movies, TV shows, live events, music and sports.

Xbox 360 E console: The Xbox 360 console is sleek and quiet, with a stylish design that will be the centerpiece of your home entertainment system.

Call of Duty: Ghosts: The newest chapter in the Call of Duty franchise features a fresh dynamic where players are on the side of a crippled nation fighting not for freedom, or liberty, but simply to survive.

Built in Wi-Fi: The Xbox 360 is the only console with 802.11n Wi-Fi built in for a faster and easier connection to Xbox Live. Download or stream HD movies, TV episodes, and games from Xbox Live Marketplace in 1080p and 5.1 surround sound from anywhere in the house. Compatible with b/g/n networks.

Kinect ready: Kinect makes YOU the controller. With a dedicated, specialized port, the Xbox 360 500GB is built to connect seamlessly with the Kinect sensor— and have you up off the couch and into the world of Kinect in no time.*

Xbox 360 Wireless Controller: This award-winning, high-performance wireless controller features the Xbox Guide Button for quick, in-game access to friends and music. It has a range of up to 30 feet to allow you to play all over your living room!

Xbox 360 Headset: Strategize or trade taunts while playing games, and chat with your friends on Xbox Live.

Warranty: One year limited warranty on console (90 days on accessories)